Chances are if you’re reading this that you are probably asking yourself the question, am I an 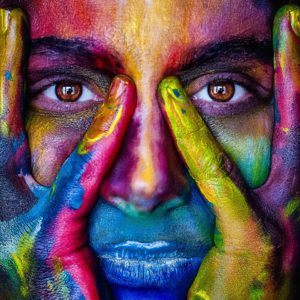 introvert, on a regular basis.  A lot of people are really concerned about whether or not they are introverted or not, in part because they think that if they are ‘introverted’ that they have some kind of disease.

So I don’t know if you are an introvert or not because I don’t know you personally, but one thing I can tell you is….

There is Nothing Wrong with Being an Introvert 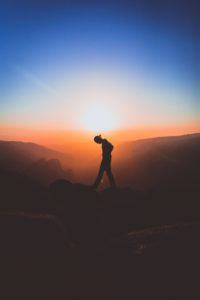 I suppose at this point it would be fitting for me to share with you that I myself am an introvert! That’s right, I’m an introvert, and I’m proud of it.

But seriously, you would not believe the kind of life I’ve lived as an introvert and the kinds of people I’d run into who weren’t really on board with the whole ‘introvert’ thing.

The truth is I have had a number of people try to tell me that there is something wrong with me, or that I need to ‘come out of my shell’ or just generally say things to put introverts down.

And why is that?

Extroverts Don’t Really Know How to be Alone 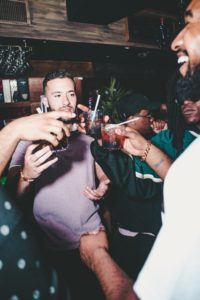 actually don’t like to be alone or with themselves. Many people talk about how introverts are ‘afraid’ to be around other people or to be themselves, but the truth is many extroverts are actually afraid of being alone because they don’t really know who they are.

Sure, there are those people who are genuine extroverts and like to be around people all the time, but if you’re an introverted person and you’re worried about it, just remember that there are also a lot of people who have no sense of who they are on the inside, don’t like to be alone at all because of it, and consequently have to create various personalities in order to blend in with different crowds.

Of course having friends and a social life is fine, but in all reality it really is healthy to not only know how to be alone but to be able to have a certain degree of solitude and to learn to know yourself and grow inwardly on a regular basis. 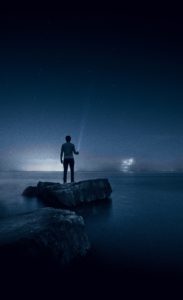 As I was growing up, I was always interested in things like mysteries of life and the universe, spirituality, personal development, and of pondering the deeper aspects of life.  Because of this, I found that I really enjoyed older people and being able to talk with them and have discussions.

I found I had trouble with my peers a lot of times because to be honest, I really didn’t have any interest in most of the things kids my age were into.

I’m not saying I didn’t have any friends my own age, but in all honesty I did have to kind of fake a personality a little bit just to fit in somewhat because they certainly weren’t interested in having deep philosophical conversations about the universe.

And so this honestly was always a place of insecurity for me. There was always a part of me that wished I could be ‘normal’ and blend in or whatever.

As I got older into my teens and twenties, I was experiencing the same issues. I liked music but I wasn’t obsessed with any particular bands, and I certainly didn’t like most of the music that people my age were listening to.

I liked classical music, easy listening, and more ambient contemplative music.  In fact I had to sort of force myself to learn popular bands just to have something to say when asked what kind of music I liked, and even then the closest I could get to their world was classic rock lol.

I also didn’t really like sports. I wasn’t big into drinking alcohol or doing drugs.

And honestly when you think about it, how much of what people talk about are about sports, their friends or people at work who annoy them, or some other kind of gossip or drama?

That’s When it Hit Me: I’m Not Going to Fit in with the ‘Normal’ Crowd and That’s OK

Now, not only did it occur to me that being more introverted was ok, but I began to think about WHO I was trying to fit in or be ‘extroverted’ with.

Then I started to think honestly about my social ability. Was it sort of awkward for me to try to talk to people my own age about things I don’t care about anyway?

Was it a strain to try to care about sports or gossip or drama or some other kind of mindless drunken dialogue that takes place when people get drunk or high?

But then I started thinking to myself, would I have any social ‘problems’ if I were to walk into a gathering of older people who were well educated, had lots of life experiences, and who did enjoy things like deeper conversations and could actually hold intellectually stimulating conversations at say a light cocktail party or something like that?

No not at all.

That’s when I realized that not only was I an introvert in general, but frankly I didn’t fit in to my peer group or with general every day people, and that was perfectly fine.

Not everyone fits in with everyone.

So if You’re an Introvert, Let You be You

That’s when I started allowing me to be me more, and to start finding people I really did fit in with and jive with, even if they were older people.

Yeah, I wasn’t normal, but I knew what I loved and I knew what I was passionate about, and not only is that ok, I think that’s pretty cool.

A lot of people don’t know what really makes them happy, even if they seem to have everything in a material sense.

A lot of extroverted people get lost in the sea of others and really neglect their inner selves and aren’t truly that happy on a regular basis, so I started having more compassion and understanding for them too. 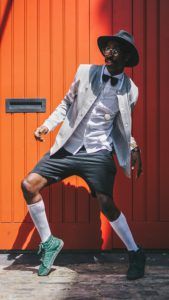 So if you’re an introvert, if you’re a little bit different, embrace yourself, love yourself.

If you’re an extrovert, maybe try doing some introverted things from time to time and start connecting with your own inner self.

And then maybe extroverts and introverts can start connecting more and interact with people through a whole new dynamic.

Regardless of who you are and how you like to interact with others or what you like to do, just allow yourself to be.

Because you’re perfect just the way you are.

How to Be a Success in Life – The Whole Life Solution

Concentration and Success – The Link Between Your Mind and Your Life