Money. It’s one of those things, you know. It’s been said many times that not everything is about money, 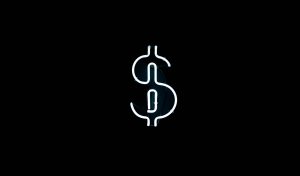 and yet if we take a look at the world we live in, it would surely look like the opposite is the case. What’s that old saying? It’s all about the Benjamins? Well, for many, that’s exactly what’s going on here.

Some people are money hungry while others despise money and the fact that it seems to rule everything we do in our lives. For some people money is their god while others view it as the devil incarnate, even going so far as to demonize those who are quite successful financially. But is there a middle path between these two views on money?

I believe there is. In fact, I believe that a completely new economic model for how humans interact and do business with each other is not only on the horizon, but is already here. And there’re new rules to play by. New rules for a new economy.

Everyone is Confused About Money 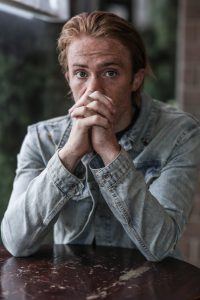 It’s always been fascinating to me how so many people have sort of a bad taste in their mouth about money, while others seem to love it. It is seen by many, of course, as being the root of all evil. Yet at the same time no one can deny that it is involved in absolutely every aspect of our society and world.

Wealthy people are seen by many to be abhorrent and to be shamed and ridiculed. Indeed, there are many out there who feel that success financially is ok, but not to be TOO successful, otherwise you’re just greedy and should be demonized.

But I must say that many I have met and seen who have trouble with the idea of money and financial success have trouble with finances themselves. In the case of those who feel that the wealthy should be taxed more, for example, the wealthy are demonized for being wealthy, but the ones doing the demonizing need the money that they think is so bad. I always found that to be interesting.

But what’s the deal? Is money ok or not? Should we like money but not too much? Should we enjoy money? Is it ok to be financially successful and yet still be, say, a person who is very spiritual and altruistic and likes to give back to the community? Can there be a balance between financial success and brotherly love?

And I think this idea, whether you are religious or not, really nails the primary issue when it comes to 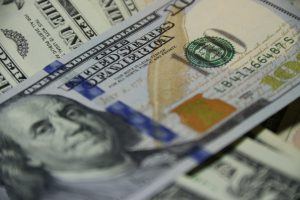 money and something like a capitalistic society. Because the statement is saying that it’s not the money itself that is the problem, but essentially how we view it and use it.

As we’ve already covered, we all know we need money to function and live in society. And we’ve all got to go to some kind of job or have some kind of business in order to bring it in, so maybe there’s another way of looking at money that is better both of the individual and the collective.

Money Can Be Used Compassionately

Of course there is such a thing as greed when it comes to money. We all know this. If one has accumulated huge sums of money and hoards it all for his or her own personal benefit and gain, which of course they have the right to do, it cannot be said that this is acting in a compassionate manner. 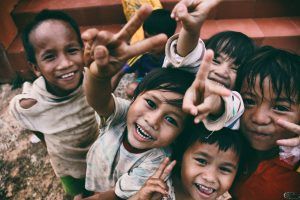 On the other hand, it can also be just as easy to imagine using money to help people in some way, like donating money to places that are set up for building schools or feeding people. This is an example of using money compassionately.

Business Can Be Spiritualized

There’s this amazing spiritual master who is a part of the yoga lineage I am a part of by the name of Paramahansa Yogananda, maybe you’ve heard of him. I’m bringing him up not to get into yoga in a blog post about business and finance, but to share what he said about business and money.

He came up with this phrase that I loved the moment I read it and it has stuck with me ever since. He 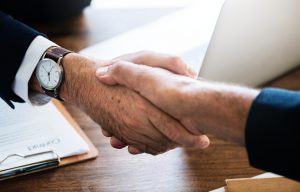 called living in the business world with the outlook of genuinely having not only your own best interest in mind, but the best interest of your employees, your customers, and society at large in some way as being what he called, spiritualized ambition.

I just thought it was an absolutely phenomenal way to look at it. And since I touched on the whole yoga thing, I’d like to illustrate the example of the east and west traditionally speaking decades ago, though not necessarily in this day in age.

Many know that generally speaking the western world was more developed and advanced when it came to scientific and technological development and advancements. The west was generally the place where business was booming and people were the wealthiest financially, they had the best medical science and technology etc.

Conversely, in the east, specifically India, for a good while they were more concerned with things like spirituality and had an attitude of renouncing the world for higher ideal. However, it was sort of the extreme opposite end of the spectrum that was in the western world.

True, those in the east were more developed when it came to things like finding peace within with traditional practices such as various forms of yoga and meditation, but they lacked the material development of the western world. There was extreme poverty in many places, and even things like clean running water was something they didn’t have set up properly for a long time.

On the other hand, in the west we did have those material developments, but many were and are sort of unhappy on the inside. We have the comfort of air conditioning, comfortable houses and shopping malls, but many are fundamentally unsatisfied, unfulfilled, and not at peace.

What master Yogananda was talking about was a new way to look at making money and doing business. Was it possible to live a more balanced way of life for both the eastern and western world? Was it possible to work in the business world and be successful both financially and spiritually?

In the above example, master Yogananda was stressing that, yes of course, we can work in the world of business and be successful financially and spiritually.

It might seem like common sense, but as we know this kind of thing is a big mental hang up for a lot of people. Many really do feel guilty about going after money and of having a drive for financial success.

But we all know we need to have necessities like shelter, food, clothing, and the rest. Of course, we need some way to earn money. It’s just about how we view the money, WHY we want it, and how attached we are too it.

It’s really all the way we are looking at it and what we do with it. Are we concerned with only our own survival, or are we interested in reinvesting in society in some way shape or form when we do have some financial success?

And let’s be clear here, when I say such things as ‘giving back to society’ I am not expressly talking about simply entering a higher tax bracket. Rather, I’m presenting an idea that perhaps there are advantages and incentives business wise for investing into people in some way that will be beneficial for everyone, both financially and spiritually. 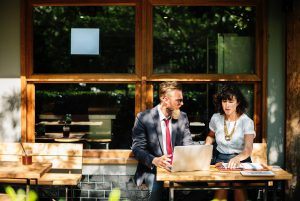 Maybe there is a middle way from ONLY caring about money, to the extent that one sometimes does things at the expense of another in some way, and in thinking that we can only be virtuous and compassionate if we are broke.

Maybe it’s time we started to think in terms of bringing such things as business and spirituality together. Maybe it really is possible to enjoy inner peace and air conditioning, and in helping others to do the same in some way.

Is Money the Root of All Evil? – Let’s Have Another Look

How to Be a Success in Life – The Whole Life Solution

What is Rich Dad Poor Dad? – The Blueprint to Financial Freedom!