At the time of this writing, the DSM, or the Diagnostic and Statistical Manual for Mental Health, is about the size of a dictionary.  This is the text that is sort of the spell book for doctors and mental health professionals concerning the various mental and emotional illnesses that plague people.

Unfortunately due to the way the mental health system is set up as far as education goes, and in conjunction with the pharmaceutical companies, the subject of trauma as it relates to ones well being and capability for functioning in the world is not the primary focus of the DSM.

One such condition directly related to intense and prolonged emotional and psychological trauma is Cptsd.  A renowned traumatologist, John Briere, once stated, if Cptsd were taken more seriously by the mental health community at large, the DSM would shrink to about the size of a thing pamphlet.

Regardless of the reasons that childhood trauma, and trauma in general, isn’t the main focus of the mental health community and the DSM, I think it’s time we started focusing on emotional and psychological trauma to get people the healing and relief they deserve. 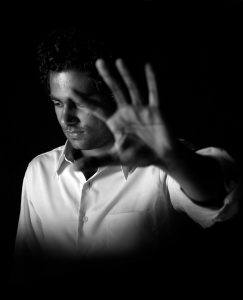 Cptsd stands for complex post traumatic stress disorder.  At the core Cptsd is what is known as a stress disorder, meaning those who struggle with it have it as a direct result of an extreme, stressful, and abusive environment that they’ve experienced at some point in their lives.

There are five primary characteristics that people who have Cptsd have to deal with on a regular basis, and those five character traits are:  self-abandonment, low self esteem, social anxiety, toxic shame, and an intense inner critic.  As someone who has and continues to live with Cptsd, I can tell you that having to deal with the above characteristics among others is not very fun.

At the Heart of CPTSD is Emotional Neglect

Cptsd is primarily developed not only through repeated and intense abuse of any kind, but is also the result of not having our emotional needs met growing up.  Essentially, it’s an issue of intense emotional neglect.

In our formative years, as babies we are totally dependent on our parents, especially our mother.  We not 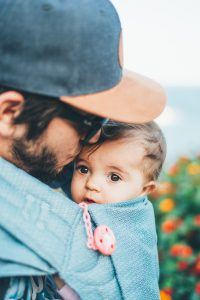 only are dependent for our basic needs to be met such as food, clothing, shelter and all the rest, but they are also responsible for teaching us how to behave and interact with other human beings, including ourselves.

We require the ability to be open, trusting and fully self expressive without worry of intense rejection or judgment in our early years, and to feel as though we are loved regardless of what we do.  This leads to a healthy sense of self esteem and personal development.

However if this type of emotional nourishment and encouragement from our parents and mother is not present, if they child is repeatedly shut down when trying to open up and be self expressive, it can cause serious emotional and psychological issues for that individual moving forward.  After-all, if you cannot fundamentally be open and honest with your parents and you can’t trust them not to hurt you, who else in the world can you possible trust?

Why Haven’t I Heard of CPTSD Before? 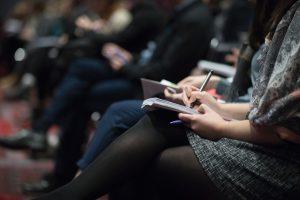 Many in the mental health field who understand what Cptsd is and the affects that it has on people have been trying to get an official diagnosis placed in the DSM for many years now.  As of this writing Cptsd has been included as a subsection under PTSD, although it has not been given its own place as a disorder.

However, official treatment on this issue is apparently not widely known by many in the mental health field, and so there is something of a shortage of both the awareness of as well as the treatment of Cptsd.  It’s because of this fact, that the chances of one hearing and learning about Cptsd are quite low.

In fact, through all the therapists and doctors I went to to try to help me through my early years and then later on, not one of them brought up the concept of Cptsd.  They didn’t even bring up childhood trauma or abuse going on in the home as a possible core issue of what my problems were a result of.

More and more it is looking like childhood trauma of varying degrees is the primary source of issues for a great many people who have simply been ignored and or given drugs to deal with it.  But what about healing?

We Need Love and Intimacy in Our Formative Years

The fact of the matter is not only do we require love, compassion and a sense of safety from our parents 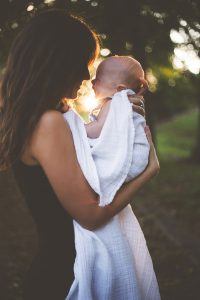 growing up, but we also require the proper mirror with our parents on how to have intimate relationships with other people.

If this does not happen and the child has experiences of being constantly shut down, the child can become extremely withdrawn and isolated as the brain is being conditioned that it is dangerous to open up and be intimate with others.

There are other ways a child and later adult will cope with being shut down emotionally on a regular basis.  But suffice it to say if there isn’t some relational therapy in some way at some point, the person will not only suffer a great deal internally due to their lack of being able to be emotionally intimate with others, they will likely recreate the painful and destructive family patterns with their partners and children in the future.

It’s been said many times by many different people that we shouldn’t blame our parents for anything, that we should just pull our boot straps up and march on regardless of what’s happened in the past.  Well, this is certainly the way things were done in the past, and look at the results.

How many people have suffered abuse silently behind closed doors in their home because their parents could do no wrong?  Furthermore, if something like emotional abuse and Cptsd were not widely recognized by the mental health community, and the tools weren’t available to adequately deal with it, how could people truly move on anyway?

Not all of course, but many people have endured varying levels of conditioned emotional abuse growing up and there are many people who suffer from things like Cptsd and other trauma and stress related disorders.  Maybe it is psychologically healthier and more mature to take a stance of not blaming our parents or the past and moving forward, but at the same time people need to have the opportunity as well as the tools to heal from emotional and psychological trauma.

It’s because of Cptsd, as well as the lack of awareness and lack of information on it in general, that I created The Whole Life Solution as a concept as well as an experiential method for healing.  As stated before, I myself suffer from Cptsd and it has been extremely painful and difficult to function in life because of it, but also because no one I saw was able to adequately address it or give me the tools I needed to heal.

I simply didn’t give up on searching for what I actually needed and was able to synethize the best tools and methods from the emotional healing world as well as the spiritual world.  This allowed me to create something that really worked for myself, and so I decided to share it with others as well. 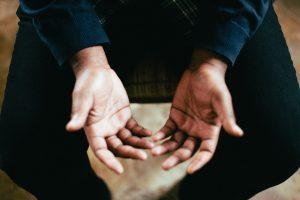 It’s truly time for anyone to be able to heal emotionally and psychologically if they so choose on their own and in their own time.  I believe that people should be provided with adequate attention as well as the tools that will allow them to take their minds and lives back.

So fear not my friends, many of the insights and tools that you’ve been seeking to heal will be found at this site.  I will also be continually seeking and updating the site with the latest strategies and methods for healing from this and other trauma.

Do you have Cptsd or feel that you might?  Did what I write here resonate with you at all?  If so I’d love to hear from you either in the comments below or by contacting me directly.  You are not alone and healing is possible!

Emotional Health and Happiness – Is There a Connection?

Emotional Health and Relationships -The Importance of Connection

Sign Up with Our Email List to Get a Free Mini E-Course on How to Easily Heal from Any Emotional Blockages and to Tap Into Your Inner Peace!