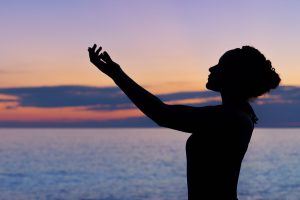 of our lives. Some of us live more conscious spiritual lives that are very important to us on a personal level, while others are just sort of living out the religious traditions that we grew up in without thinking about it too much.

Then of course there are many people who think that spirituality is completely ridiculous and is nothing more than the imagination of hopeful people.

But which is it? Is there something real and tangible to what is known as spirituality or not? There is no doubt much confusion and fear that surrounds this subject, but I think it’s time to start to change that.

It’s easy to come to the conclusion that spirituality is mainly nonsense and doesn’t have any practical affect on our lives. After all, even the most devoutly religious people who believe in a higher power and pray constantly seem to have no tangible benefit in their everyday lives.

It would seem too many, from outside observers and perhaps even to the religious and spiritual people themselves, that spirituality is fine to believe in psychologically but doesn’t really make any difference one way or another as far as practicality is concerned.

But there are many benefits to living a spiritually conscious and harmonious life, even if one cannot see a discernible difference to their every day and external lives. It’s true that our higher power or whatever name you attribute to God generally does not put a million dollars in your bank account overnight because you’ve been good at keeping up your attendance at church, but there are still more practical benefits that one can derive from what we call spirituality. 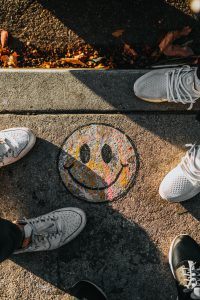 Number one is an innate sense of joy and wholeness that can and will start to become apparent and expand within you the deeper you go. If one is able to draw their conscious attention inward either through prayer, contemplation on higher teachings of wisdom, or in meditation and attain some inner peace and fulfillment from that, that in and of itself would be worth the price of admission.

Simply put, and I can say this from firsthand personal experience, spirituality is the answer as well as the path to happiness itself. This is where real joy is found. This is where real fulfillment is found. And is this not what every person in the world is after in some way either consciously or unconsciously, whether direct or indirect?

So the chance to find and expand genuine happiness and joy both for yourself and then for others as you move throughout your life is an enormous reason that spirituality matters in the practical lives that we lead. Astonishingly it is just the tip of the iceberg as to why spirituality matters and what it can ultimately bring one in their lives if they’re open to it.

How Do We Know Spirituality is Real?

But, you might be asking, there are plenty of people in various religious and spiritual paths that could say they aren’t experiencing this happiness and joy referred to here. If it’s so easy to tap into this so called 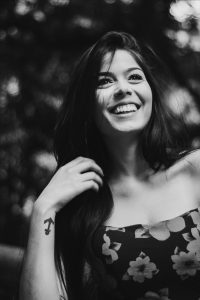 happiness and fulfillment, why aren’t people blissed out as they come out of their temples or mosques or synagogues on a regular basis?

And that would be a very valid point. Not everyone is experiencing this inner joy and fulfillment for themselves, then again, not everyone is instructed and taught on how to go within.

Even still, there are many people who do experience a deep peace, joy, and fulfillment from their spiritual lives in every religion and spiritual path. But is it possible to tap into this joy at will? Is it possible that anyone could do this?

If there was a way to make spirituality sort of, scientific let’s say, then one could say that we very well may have a way to know and prove that spirituality is indeed real.

Is It Possible to Make Spirituality Scientific? 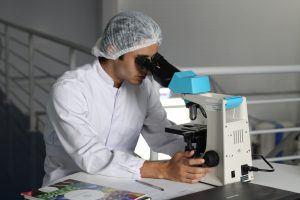 The ability to make what we call spirituality scientific to me always sounded like major league news if one were able to pull it off. For the most part, when it comes to religion and spirituality the vast majority of people use the phrases, “what do you believe?” or, “this is what I believe.”

Whatever ideas they adhere to, they openly and willingly admit that they are mere beliefs. But what if it was possible to make spirituality known and scientific just as math and science can be known and applied by anyone, or any other human experience we have in life?

The good and amazing news is, it’s not only possible, there are many people who have been doing this very thing since the beginning of time. Not only that, but they are able to show others how to do the same.

In fact, someone showed me. There are a number of ways to do this of course, but one of the most widely known and practiced methods to doing this very thing is through yoga and meditation.

Which Religion or Spiritual Path is the Right One?

“Yoga and meditation? But I’m not into yoga or meditation.”, you might say. And this may be true. You may be a part of a different religion or spiritual path.

You may have never been taught that yoga and meditation had anything to do with your religious practice, or that it was important at all. You might even think that this is some kind of spiritual blasphemy.

And yet I am here to say, that yoga and meditation are simply terms used to describe scientific spirituality. 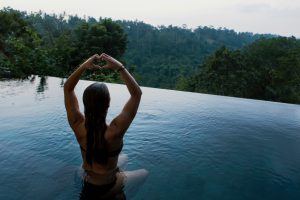 It has nothing to do with belief at all, and can therefore be practiced by anyone of any religion or spiritual path.

It’s by going within yourself that you will know where the truth itself lies. There isn’t any religious or spiritual path that does not talk about going within or about how we are the temple of spirit in some way shape or form. And so if the truth is within us and all spiritual and religious paths advocate going within ourselves to one degree or another, then it could be said that they are all the right path.

The real question is, which path is most effective at bringing us within in a real and lasting way? In my own personal journey and experience, yoga and meditation, especially esoteric yoga and meditation is unparalleled in its efficiency.

We used to have dial up which was extremely slow and you could get knocked off of the internet periodically. But now we have high speed internet access that is far faster and more efficient. There’s nothing wrong with dial up, but you get the idea. 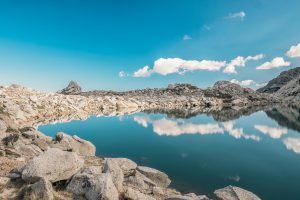 In my humble opinion, it really is time to demystify spirituality. It’s time to make spirituality as clear, understandable, and as applicable as any other area of human existence. There are many things in life that people feel are simply up to belief and many people debate on these various topics to one degree or another.

The same should be able to be said of our spiritual natures and in what spirituality is, as well as how to access it. Depending on your point of view you may either be in agreement with what I am saying here or you may be hesitant or distrusting of what I’m saying.

But I can say without any shadow of a doubt, that spirituality is very real, it can be accessed and known directly by anyone, and it can bring a whole new realm of joy and bliss to people individually and collectively that is beyond imagination. In fact it could bring us what we’ve all been looking for all along. That’s the reason I believe that spirituality matters.

What is Yoga All About? – Demystifying This Ancient Science

What is Autobiography of a Yogi? – A Review of This Timeless Classic